Williams Lake, BC: The Tŝilhqot’in Nation is condemning the BC Law Society’s ruling of a one-month suspension and $4000 fine for Vancouver lawyer Stephen John Bronstein as a result of his professional misconduct where he mishandled the cases of his clients who were residential school survivors. Many of his clients were from the Tŝilhqot’in Nation.

Bronstein’s professional misconduct came to light in 2012, when survivors complained that one of Bronstein’s employees, Ivan Johnny, a residential school survivor himself and convicted murderer on parole, was allegedly intimidating and extorting residential school survivors to give Johnny a portion of their compensation money for physical and emotional abuse through the Indian Residential Indian Schools Agreement (IRSSA).

According to news reports, Bronstein admitted that he failed “to investigate adequately or address complaints” about Johnny’s alleged conduct. He also admitted failing to provide adequate service to 17 clients. Nonetheless, Bronstein received a penalty that the president of the disciplinary committee described (in dissent) as ‘grossly inadequate’ and that even the two members of the committee comprising the majority agreed fell outside the range of fair or reasonable disciplinary outcomes.

There has been an outcry from many since the ruling was announced Thursday, May 27, 2021, with many questioning the BC Law Society’s decision-making process and what it is doing to protect the most vulnerable members in society.

“The failure to appropriately condemn this misconduct, is yet another injustice and stain on the handling of the victims and survivors of residential schools. Bronstein failed to protect his clients and created a situation of further victimization and trauma for survivors. This outcome makes a mockery of justice. Our people have been through enough without having to contend with further ignorance and failure of the Canadian legal system. This case needed further investigation into the serious claims being made about Ivan Johnny’s intimidation and extortion of clients. It took a lot of courage for witnesses to come forward,

and this is what they have to show for it – nothing. Bronstein basically got off with no repercussion. Once again the system has let us down.”

Critical Salmon Runs at Risk of Collapse: Tŝilhqot’in Nation Calls on BC and Canada to Escalate Action to Address the Crisis at Big Bar Slide

After two catastrophic seasons for returning Fraser River and Chilko salmon and Steelhead Trout populations, the Tŝilhqot’in Nation is calling on BC and Canada to escalate emergency measures at the Big Bar Slide before a Read more… 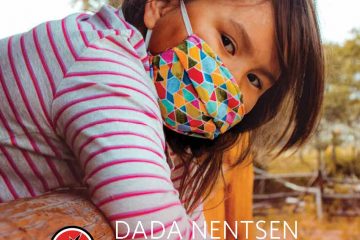 The Tŝilhqot’in Nation in partnership with UBC researchers release a COVID-19 report called Dada Nentsen Gha Yatastig; Tŝilhqot’in in the Time of COVID: Strengthening Tŝilhqot’in Ways to Protect Our People